Pressers in the press...

Here you will find an overview of articles about our plant:

"Download, streaming and CDs are the most people's ways of listening to music today. More and more, however, are also putting on records again. In a record pressing plant in Leipzig, reporter Siham finds out how music gets onto vinyl records."

Likehifi.de on site: In the pressing plant at Rand Muzik

The renaissance and the connected wave of success of vinyl records continues unabated. Just recently, the British Music Industry Association (BPI) announced that vinyl sales in the UK have reached their highest level in 25 years and are now (in the first week of December 2016) topping even the sales of digital downloads. But why the hype for black gold? 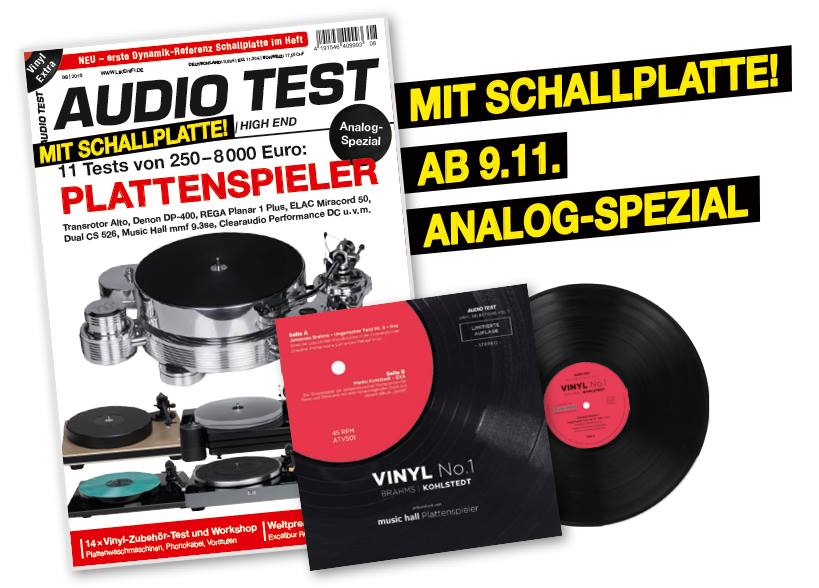 When almost nobody wanted to buy records anymore, two musicians took over an old vinyl pressing plant in Leipzig. Meanwhile they can't keep up with orders anymore and the boom is becoming weird for them. 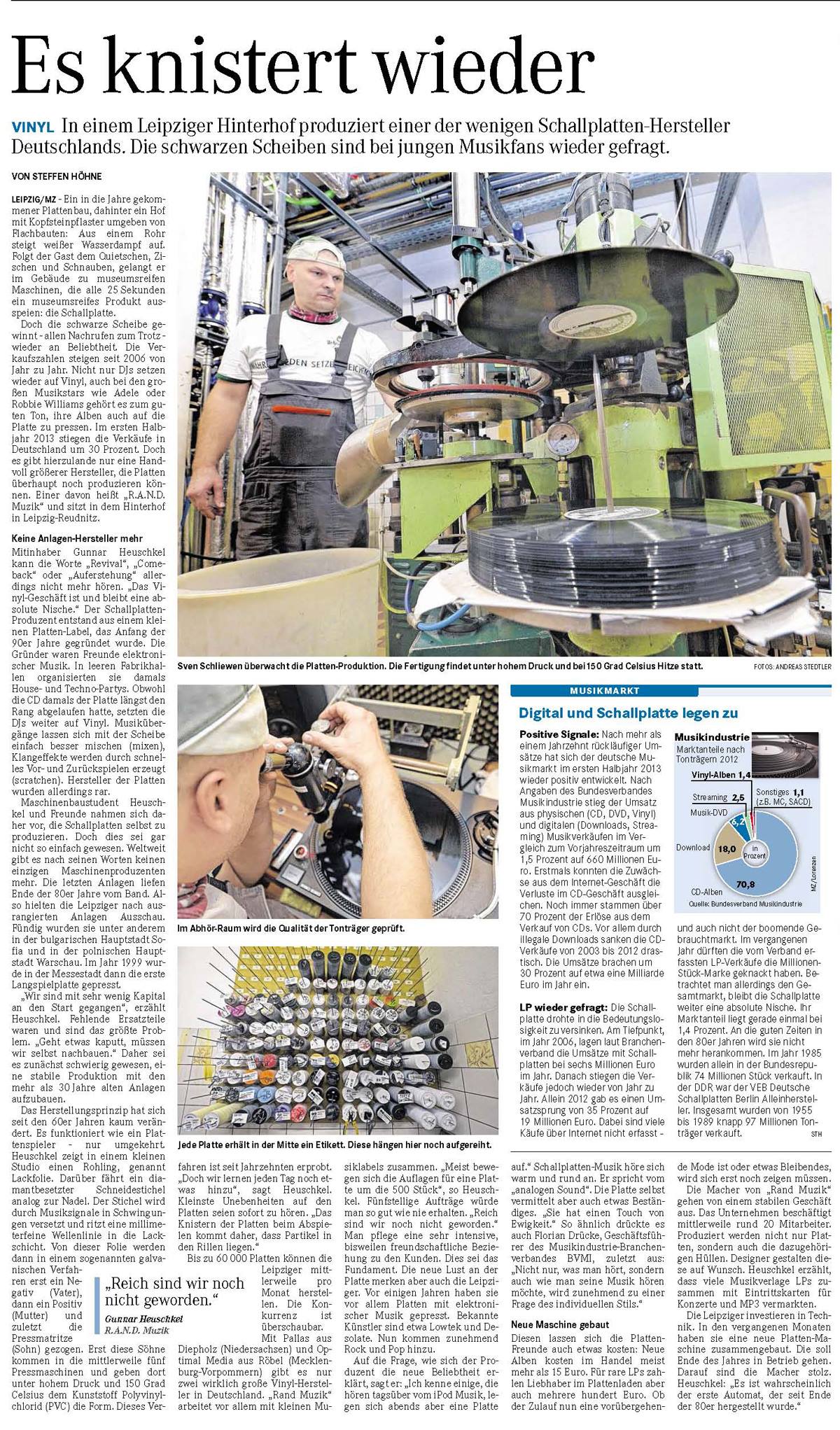 R.A.N.D. MUZIK Leipzig - A pressing plant with stories on, in and about vinyl.

Deutschlandfunk: On the Trail of Vinyl

In 2012 almost one million vinyl records were purchased in Germany. Although the record remains a niche product, it is currently experiencing a revival. A small pressing plant in Leipzig produces these unwieldy records.

And it's spinning! The triumph of the CD had swept the analogue record almost completely off the market. While the silver discs are being squeezed out by digital files, the vinyl record is celebrating a comeback.

They still exist, the black discs, that play music with crackling. They are also produced, because it's not only DJs that appreciate the advantages of records. A pressing plant in Leipzig produces up to 70,000 vinyl records per month.