From original to first copy

After the cut has been made, the lacquer foil or the DMM blank (or DMM mother) undergoes an electrochemical process which produces a mould from the original cut.

In order to make the lacquer cut conductive, a part of the plastic is first removed in the middle of the foil. The film is then cleaned to remove any residues such as dust. In the next step, the film is negatively charged in a bath and then sprayed with a silver solution. Since silver is positively charged, it adheres to the surface of the negatively charged film.

During the subsequent electroplating bath, another layer consisting of nickel adheres to the foil. When this process is finished, it is possible to separate this layer of silver and nickel from the foil. The resulting reverse copy of the original cut is called the father. In a similar process, the father makes a print, which is then referred to as the mother. This creates an exact copy of the original cut which is then subject to an optical and acoustic quality inspection. After passing the inspection, negative prints can be made out of the mother. These are called sons or press dies and serve as a mould for the record press. In a process called preforming, the dies are "brought into shape". This means that they are ground, centered, punched and the edges bent in order to adapt them to the conditions of the pressing machine.

In contrast to the classical lacquer cut, the DMM process also uses the cut as a mother, which considerably shortens the production of the press dies. DMM cuts are therefore less susceptible to noise such as crackling, which can occur during the electroplating process.

For our etching, the motif chosen by the customer is printed on a DMM blank and then etched. The printed surface is erased and what is left shows up as an etching on the finished record. 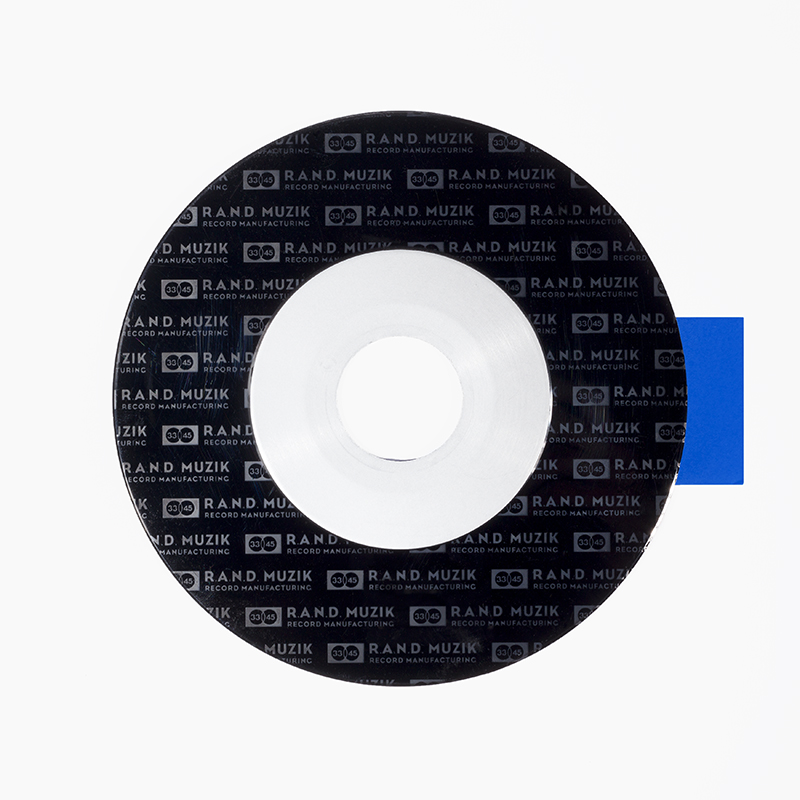